The periodic table is arranged into groups and periods. It is also arranged by metals, non-metals, and metalloids.

Groups are also called families. These are the vertical columns (up and down). Elements in groups have similar properties. They have the same number of electrons in their outer energy level. The group number (e.g. 1A) is the number of valence electrons. 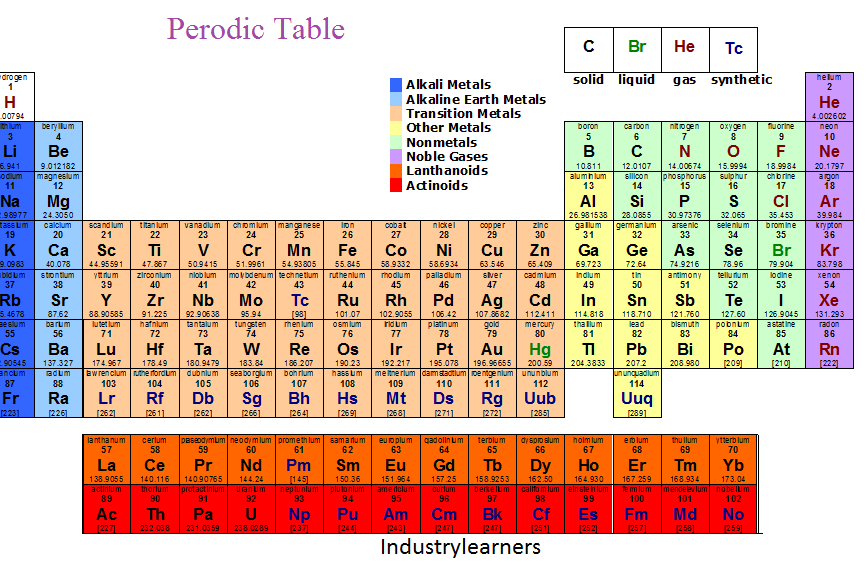 •     Found in the middle of the Periodic Table

•     Include the inner transitions metals

•     Located at the bottom of the chart

•     Typically exist in combined forms with other elements,  they are formed in laboratories.

•     These elements are radioactive