Proton: a positively charged particle located in an atom’s nucleus.

Neutron: a particle that has no electric charge and is located in an atom’s nucleus.

Nucleus: the central region of an atom where most of the atom’s mass is found in protons and neutrons.

Electron: a negatively charged particle located outside an atom’s nucleus.

Atomic number: the number of protons in the nucleus of an atom.

Atomic mass number: the total number of protons and neutrons in an atom’s nucleus.

Isotope: atoms of the same element that have a different number of neutrons.

Ion: when an atom loses or gains electrons.

Atomic mass: the average mass of the atoms in an element.

Reactive: indicates how likely an element is to undergo a chemical change.

Metalloid: an element that has properties of both metal and nonmetal.

Radioactivity: the process by which the nucleus of an atom of an element releases energy and particles. 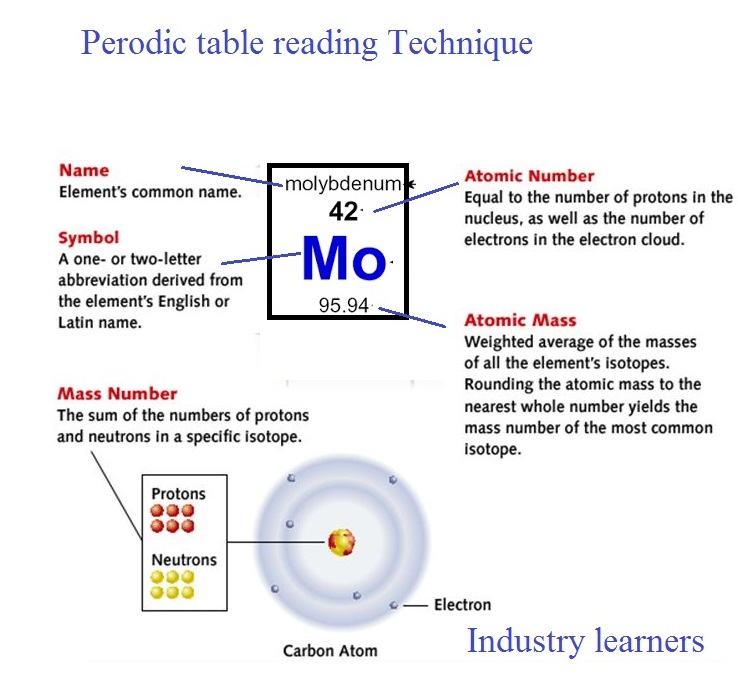 Things that you can tell about elements by looking at the periodic table:

5) Number of electrons in the outer energy level