India has petroleum refining capacity of over 194 Million Tonnes per Annum . Petrochemicals are the derivatives of crude oil and natural gas. Olefins (ethylene, propylene & butadiene) and Aromatics (benzene, toluene & xylenes) are the major building blocks from which most Chemicals and Petrochemicals are produced. They are used in rubbers, plastics, pharmaceutical bulk drugs, industrial appliances, packaging industry, detergents.

The petrochemical industry produces various kinds of chemical products such as polymers, fibres or rubber, from such raw materials as petroleum, LPG, natural gas and other hydrocarbons through many different production processes. Hydrocarbons, the source material, are used to produce a variety of components including ethylene, propylene, and butadiene and pyrolysis gasoline through non-catalytic thermal decomposition reaction with steam. 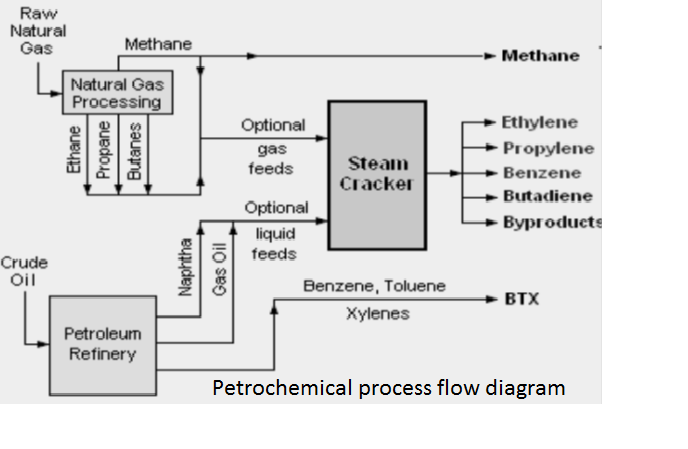